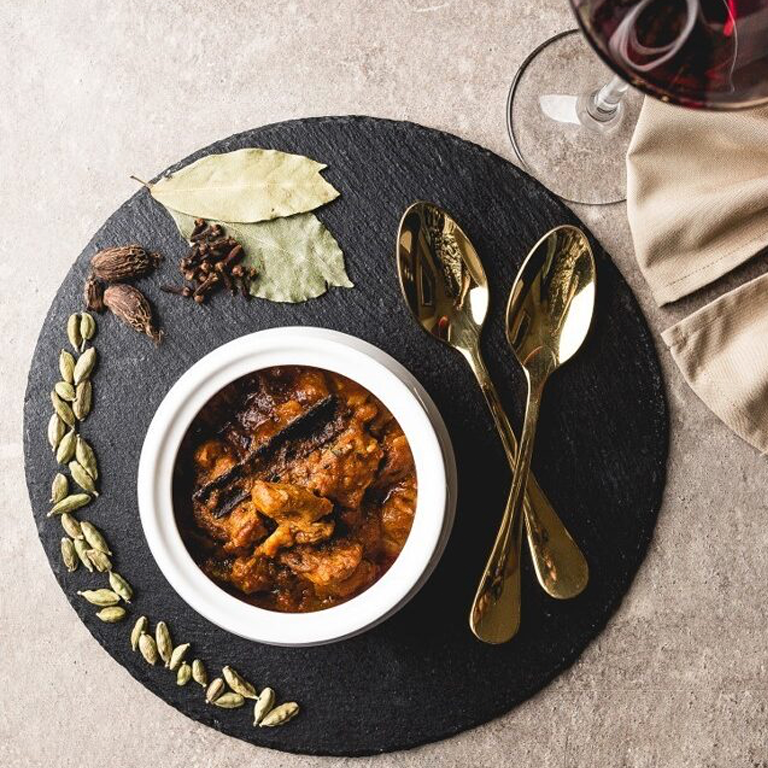 The spice trade has a rich history of relentless explorers traversing the world to find the shortest, fastest, and most lucrative routes to the promised lands that grew rich bounties of exotic spices. And those routes more often than not led them to and through India. Columbus famously and mistakenly discovered America in his quest to find a shorter route to India (and that is the first know instance of a man not stopping to ask for direction – but that’s a story for another time). Vasco da Gama actually made it to India. Then there was the Dutch East India Company and, of course, those “gents” from the British East India Company.

The beguiling lure of cinnamon, of black pepper, of turmeric and of cumin launched many a ship to Indian shores. And to this day, India is one of the largest producers of spices in the world. Not only do we produce a large quantity of spices, we also consume them at unprecedented rates.

India has a long and deeply involved history with the spice trade, and its food is rich in spices, herbs, and seasoning blends because of its exposure to so many different choices.

For thousands of years, spices have been traditionally used in Indian cooking for three reasons:

The climate in India has made it ideal for growing a wide variety of spices, and you can see this reflected in the national cuisine. Every region has their flavour combinations, and spice blends are more of an art than a science.

Indian cooking is characterised by its use of spices. Every spice has a unique taste, characteristic and ability to complete a dish. We’ve highlighted some of the most quintessential spices that are found in every “masala dabba” in an Indian kitchen.

Known as “haldi”, turmeric is the quintessential spice. Mostly used in powdered form, it is a part of the ginger family. Well known for its antiseptic and anti-inflammatory property, turmeric has an earthy flavour and gives a mild flavour to any dish. A pinch of turmeric will go a long way for curries, pickles, soup, fritters and even rice. Having gained popularity around the world, turmeric is now even enjoyed as a salad dressing.

Known as “Jeera”, cumin seed is one of the most common spices found in India – India is the largest producer of cumin seed and consumer simultaneously. Belonging to the parsley family, it can be used both in a powdered or toasted form. It is especially used in curries, spice blends and rice dishes. It should preferably bought in small quantities and stored in airtight containers.

Rich in Vitamin A and C, Parwal can really dish out the best when it rains. Bharwa Parwal or simply Parwal Ki Sabzi can be your comfort curry.

Known as “laal mirch” cayenne was brought to India by the Portuguese when they settled in Goa. Eventually, India became one of the largest exporters of cayenne. Just like other chilies, cayenne is left to ripen, then plucked, left to dry and then powered. Cayenne is mostly used to bring that little tinge of heat in a recipe.

Known as “kali mirch” black pepper is often hailed as “the king of spices”. It is known to have brought to India by the Portuguese explorer, Vasco Da Gama. It is either used as a whole spice or in powdered form. It is distinctly spicy and can be added to almost anything for that subtle heat.

Known as “methi”, fenugreek seed is actually a lentil and is used for its distinctive flavour, as it has a slightly bitter taste. Since is it strongly fragrant, it should be used with caution. Fenugreek plays an integral role in the making of pickles, chutneys and vegetarian dishes. Sometimes it is soaked in water overnight to develop a gelatinous coating, which is then used as a thickening agent for curries.

Indian recipes are frequently more than just food. They are designed to help attain spiritual, physical, and emotional balance. There is not much that can’t be loved about this cuisine, especially the homemade flatbreads and the delicious rice served with nearly every meal.

Indian Palate uses authenticate Indian spices and seasonings that are some of the best, most flavourfully complex available. Explore one of the most unique food and cultures out there at Budapest’s leading Indian restaurant –Indian Palate to many different flavours that come together to form one delicious cuisine.

The restaurant is open for takeaway and home delivery only.On every takeaway order with us, we offer a complimentary butter naan on orders above HUF 2000. To order call +36-30-1444000.

You can also order through Wolt, NetPincer and BoltFood apps.