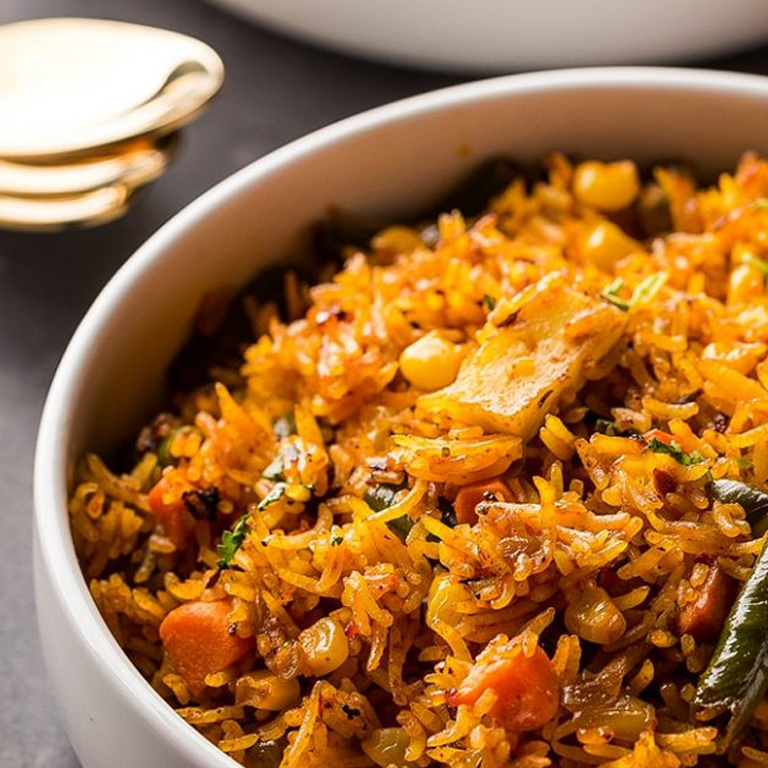 The Real Difference Between Pulao And Biryani
Elaborate dishes and recipes from India have gone about the world and won over hearts, and Biryani has mustered its own horde of patrons all across. Patrons who have been preparing and eating the rice-dish since generations. Today, they are not just ordering Biryani online, but also uploading pictures and sharing stories on social media. With the food-tech apps increasingly serving these people with their beloved flavours – anytime, anywhere, biryani has also taken over the restaurant menus by a storm.
Yet, fatefully many nonchalant rice-lovers use the terms “Biryani” and “Pulao” interchangeably. To add to the plight of true foodies, even some restaurants confuse the two and serve a Pulao in the name of a more intricate Biryani. Now let us cut the small talk short and understand the aspects that differentiate the two rice dishes.

Biryani Vs Pulao: The differentiating factors

• Both pulao and biryani are rice-based dishes made with an assortment of spices and mixed with vegetables and/or meat. So, yes – both are available in the vegetarian and non-vegetarian variants, against wide-spread opinion that ‘pulao’ refers to the vegetarian and ‘biryani’ indicates the non-vegetarian version of the same dish.
• The way each is eaten is also dissimilar. While pulao is typically served as a side-dish or a part meal alongside gravy-based vegetables or dals, a biryani is a whole meal on its own, generally served with ‘raita’.
• When it comes to preparing pulao, it is a much simpler procedure that uses the absorption method. In other words, everything from rice to vegetables or meat is put inside one container at once and the ingredients absorb the water completely as it cooks.
• Preparing a biryani on the hand is a much more complicated procedure and works on the draining method. It is cooked by layering partially boiled rice, fried in ghee and other partially cooked ingredients again fired in ghee (often a layer of fried onions placed on top) in an earthen pot or ‘handi’.
• Talking about the spices used in the dishes, what gives a biryani its rich texture and inviting aroma is the luxuriant blend of spices and condiments that goes in. While the pulao is usually not loaded with too many, a biryani is made opulent in flavor’s and essences with dry fruits, cloves, cardamom, cinnamon, bay leaves, coriander and mint leaves, among others.
• After setting the layers in the handi, the top and bottom always being rice and adding the spices the pot is sealed. Post this the biryani is then cooked on a low flame. Consequently, it takes much longer to be ready for a serving than pulao, which is cooked on a medium to high flame. Both biryani and pulao are highly popular in the South Asian cuisine. But deriving its name from Persian word ‘Birian’ meaning ‘fried before cooking’, Biriyani came from Persia; while pulao originated from Central Asia, though it finds a place in the Middle Eastern, Central, South Asian, Latin American and Caribbean cuisines too.

If you too are contemplative of restaurants passing off a pulao as your favorite biryani, indulge in the flavor’s of an authentic Biryani at your favorite Indian restaurant, Indian Palate located in the heart of Budapest city. The restaurant is now open for dine in, from Tuesday – Sunday. We look forward to welcoming you.

Most Popular Indian Food in the World